Skip to content
Get a free consultation , call us at: 602-313-0497
No hassle, no guesswork, simple easy contracts.
Our customer service staff is the friendliest in Phoenix.
Our prices are the lowest with no hidden fees.
We deliver fast and on time and pick up too.

Landfills are where most trash that can’t be recycled or reused goes. A landfill site could be used to fill a hole left by prospecting, or it could be a part of a project to bring back the land. Putting trash in a landfill is the most common and traditional way to get rid of it. Landfills have been the most common way to get rid of organised trash for a long time, and in many parts of the world, they still are.

Some landfills are often used as places to collect and move trash, store trash for short periods of time, or treat it (for example, composting). A common way to turn empty land into a landfill is to dig a large hole and fill it with trash. Most of the time, the hole is filled with many layers of plastic, steel, or concrete to keep the trash from seeping into the ground.

What use does a landfill serve?

Because they collect trash from businesses and homes, landfills are an essential piece of infrastructure. Waste production rises in tandem with population growth. Even though recycling rates have gone up, regular rubbish still needs to be managed safely and efficiently.

Based on revenue, Republic Services, Inc. is the second largest company in the United States that collects, moves, disposes of, recycles, and makes energy from non-hazardous solid waste.

The company is involved in recycling, reducing carbon emissions by switching from diesel trucks to trucks that run on compressed natural gas, supporting composting, and other community projects that help protect the environment, promote sustainability, and teach people.

On May 8, 2022, the public will have a chance to comment on a plan to give Waste Management of Arizona, Inc. (WMA) an Air Quality Control Renewal Permit so that Grey Wolf Regional Landfill, a municipal solid waste landfill in Yavapai County, Arizona, can keep operating.

What kind of damage do landfills do to the environment?

Garbage dumps are not good places to live. Also, landfills are a major source of pollution and have a number of other negative effects besides being an eyesore with growing piles of trash. Since trash in landfills takes a long time to break down, it will be a problem for people in the future.

The main problems with landfills are that they let out harmful chemicals, water, and gases that contribute to global warming. Bacteria in organic trash break down garbage. Leachate and landfill gas are made when waste liquids mix with weakly acidic compounds made by garbage that is rotting. Also, rat and seagull populations cause their own waste problems because of smells, unappealing sights, and the number of rats.

Many wastes contain chemicals that are bad for your health. One example is old electronics that no longer work. Electronic waste contains a long list of harmful chemicals, such as mercury, arsenic, cadmium, PVC, solvents, acids, and lead. As these pollutants build up in our soil and groundwater, they pose a long-term threat to the environment.

Leachate is a liquid that is made when trash breaks down in a landfill and water flows through it. If this liquid is drunk, it can hurt the land, the groundwater, and the streams. Pollutants that are bad for the environment mostly come from landfills. Plastics like PVC and other materials give off dangerous chemicals as they break down.

In the developed world, the type of trash that is growing the fastest is electronic waste. Even though it is the most dangerous type of trash that people throw away, most of it ends up in landfills. Electronic trash contains heavy metals, solvents, and acids.

The trash in a landfill cell is exposed to rain during the time it takes to fill the cell. Leachate is a foul-smelling liquid that is made when rainwater filters through a landfill and dissolves and flushes away 5-7 percent of the poisonous waste.

Depending on how much rain falls, the water that leaks out of a single dump site can fill several Olympic-sized swimming pools in a year. Leachate is collected and put back into the landfill cells so that land, groundwater, and waterways don’t get dirty. When leachate is put back into a landfill, some of the toxins are reabsorbed, but the rest of the toxins filter through again and build up over time.

Greenhouse gases are made in landfills, which is a big problem for the environment. When trash like food scraps and green waste is put in a landfill, it is usually packed down and covered. Because this process takes away the oxygen, it leads to anaerobic digestion. Methane is a greenhouse gas that is stronger than carbon dioxide and will be released as a result of this process. 35–55 percent of landfill gas is made up of methane and carbon dioxide.

The other 30–44 percent is made up of other gases. Methane is another flammable gas that can be dangerous if it builds up and isn’t taken care of quickly. Climate change and global warming will be affected in big ways. Many of these problems can be solved by putting your food scraps and yard waste in a compost bin.

In the first 20 years after it is released, methane’s greenhouse effect is between 84 and 100 times stronger than carbon dioxide’s. The most important thing for reducing greenhouse gas emissions in the next ten or twenty years is the path we’re on right now.

Theoretically, if a landfill is built and kept up well, it might be able to hold dangerous chemicals and leachate wastes for hundreds of years, as long as there are no earthquakes or subsurface methane gas explosions. But gases from a landfill can’t be kept in this way.

Before methane is burned, landfills make almost as much carbon dioxide as they do methane. After methane emissions are taken into account, a typical landfill site gives off hundreds of metric tonnes of carbon dioxide every month. If we want to make our organisations and waste management more sustainable, we need to do everything we can to get rid of trash in landfills.

Get a free consultation , call us at: 602-313-0497
No hassle, no guesswork, simple easy contracts.
Our customer service staff is the friendliest in Phoenix.
Our prices are the lowest with no hidden fees.
We deliver fast and on time and pick up too.

Recycling is a big business in the United States. Through curbside, drop-off, and mail-in programmes. Recyclables worth billions of dollars are collected from homes, schools, businesses, and industries.

Collecting trash, moving trash to a place where it can be processed, and putting trash in a dump or recycling centre. There is a close connection between the three steps of waste management. The first step is to gather the trash. 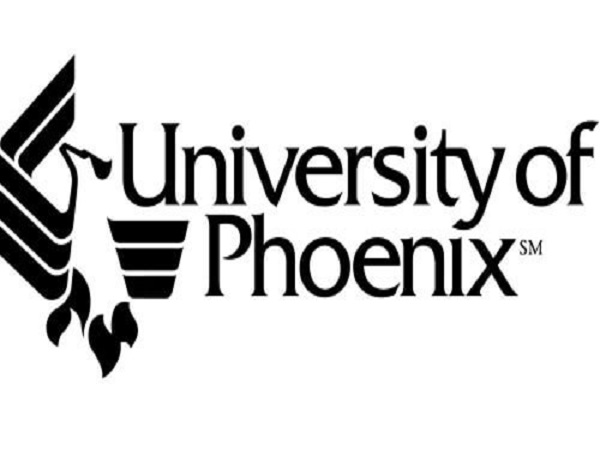